With the exception of a long-staying individual which spent a week in Swanage whilst I was on a family holiday a few years ago, migrant Bee-eaters don't seem to hang around for long in Dorset. Wednesday 15th May was an intense day at work, so much so that it wasn't until some time after arriving home that I tuned in to the local grapevine to find that a flock of seven had spent the afternoon at Durlston Country Park. Long-suffering readers may recall that in a previous life I once had the privilege of having this superb Dorset Council facility under my professional wing. 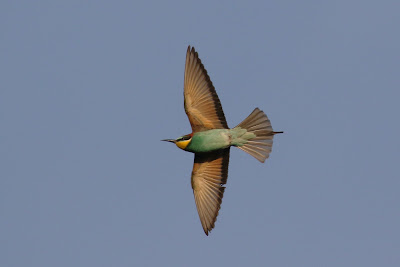 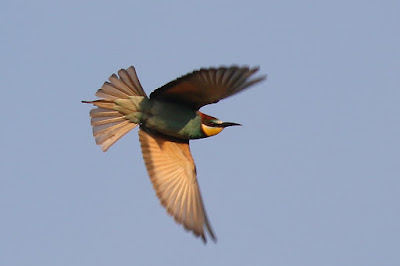 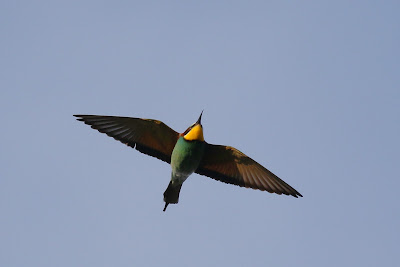 Finishing dinner with the family about 1830, I realised that there was still plenty of time to get to Swanage before dusk and finally add this spectacular southern European species to my Dorset list. My good friend Jol Mitchell was on site and had offered advice on precisely where to head. but on meeting up with him, one of the Durlston Rangers and Phyl England near the visitor centre, there was no sign of the flock. After ten minutes everyone started to head their separate ways and I found myself alone in the meadow where they were last seen. A minute or so after everyone else had disappeared from view I heard a faint but unmistakeable 'bloop-bloop' call from the south east, and within seconds the equally unmistakeable shape of a Bee-eater appeared over the tree-line. 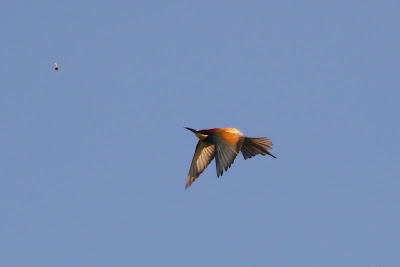 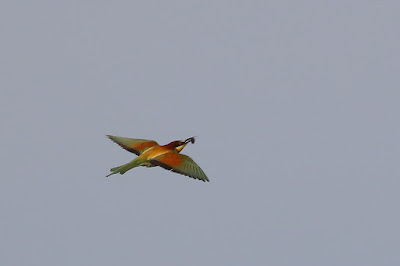 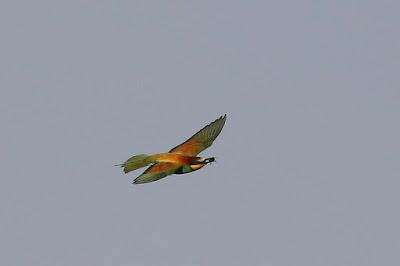 I gave my loudest possible whistle in the hope of attracting the attention of those who had just left and fortunately they all heard me and re-joined me in the meadow. We had reasonable but not exactly close views of what looked like four or five birds, mostly in the air but occasionally perching in Ash trees around the perimeter of the meadow. From our angle it looked like they might be feeding over the famous Long Meadow to the east of the access road, so I headed there and tucked in under the trees next to the road. Sure enough, for the next hour the Bee-eaters made repeated sallies around the area, performing some impressive acrobatics in pursuit of Durlston's healthy population of flying insects. 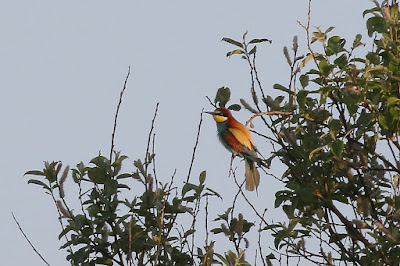 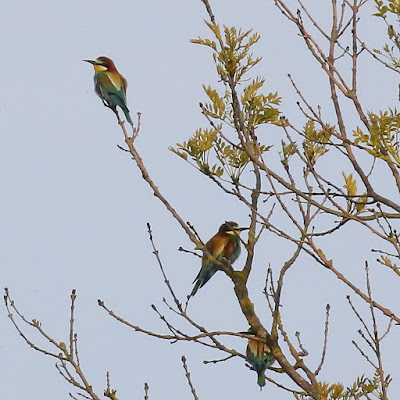 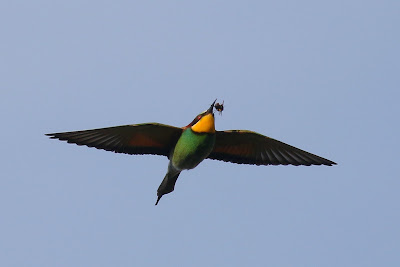 As if this wasn't exotic enough, at one point the air filled with the raucous sound of parakeets, refugees, we assumed of the tiny population of Ring-necked Parakeets from Studland. Three birds circled the long meadow and with one obviously larger than the others we assumed it would be an adult with two juveniles. On closer inspection of photographs, however, it later emerged that the big one was an Alexandrine Parakeet - a native of India with feral populations in various European countries. 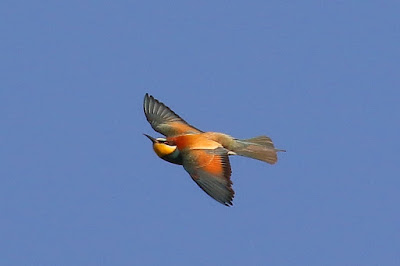 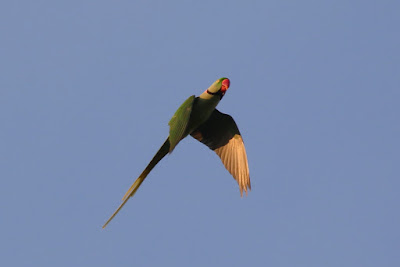 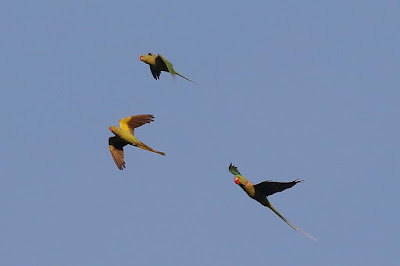 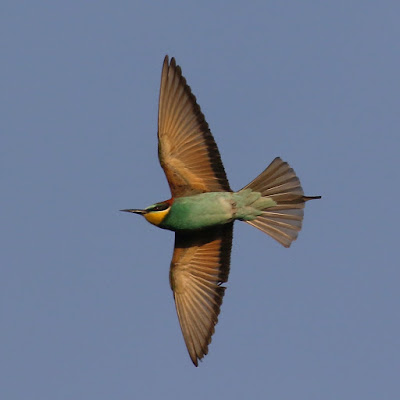