North of the (Clouded) Border

As it's almost July, this is probably the last post I can justify from my Scottish trip at the start of the month, and in keeping with the lateness of the post, the theme is Scottish nightlife. I am a keen but not an assiduous moth-er though I do enjoy taking a portable trap (on long-term loan from my good friend and colleague, micro-moth-Doc Phil Sterling) on holiday to see what we can attract. As we favour rural locations on the north and west coasts for our family vacations, the potential usually seems greater than in our urban garden in Wareham (though I may return to that thesis in a later post). The Scottish trip was pretty good for moths, with some colourful, cryptic and impressive beasts coming to the light. A selection of some of the most colourful below:
It was great to have time to study and photograph the moths over breakfast at leisure whilst having every last inch of flesh stripped from my itching bones by the hideously abundant swarms of West Highland Midge which plagued our sheltered, wooded, lochside garden. My skin was to the local midges what peanut butter and jam sandwiches were to the local Pine Martens: irresistible. My wife Claire by contrast never gets bitten - she claims due to being vegetarian, though I understand our respective blood types provide a more scientific explanation. A selection of some more cryptic species below:

I resorted to bathing in 'Smidge', a local brand of insect repellent, and purchasing a midge-proof head-net to keep the wee sleekit beasties at bay. But when I peered through the window with it on it freaked out the children as I looked like a burglar. So that had to go. Finally from the Scottish nightlife collection, then, a few other impressive critters from the week's efforts:
It wasn't all nightlife on the Lepidoptera front in Scotland of course - quite a few day flying moths were encountered or disturbed from vegetation on our perambulations around the Highlands - more so in fact that butterflies, which were generally in pretty short supply. Most of these were Common Heath, though I flushed an Argent & Sable which sadly would not land to be photographed.

Dorset is a something of a dragonfly hotspot but I have visited a few others on recent travels, including on our holiday to the north west of Scotland at the start of the month, an area which hosts a number of species with restricted ranges in the UK. Site guides old and new suggested that Bridge Of Grudie on the southern shore of Loch Maree would be worth a look. Not an easy site to cover with wellingtons being essential to get out to some boggy pools which I had read host the White-faced Darter, though I had almost immediate success with one of my targets on leaving the car and flushing a Northern Emerald in a forest clearing just behind where we had parked.

﻿
I eventually located the pools, which can't be seen from the roadside, but unfortunately there were no White-faced Darters on them and I had to make do with several Four-spotted Chasers and a variety of Damselflies. James Lowen's A Summer of British Wildlife also suggested checking out a site in Slattadale Forest (where a tantalising glimpse of what was probably a female Azure Hawker left me slightly frustrated) and the Woodland Trail at the Beinn Eighe NNR where a brief but conclusive view of a male Azure Hawker in flight was more satisfactory. Annoyingly, despite heavy rain starting as it floated around a clearing, it just would not land to pose for a photo. Still, two new dragonflies in two days was good going.
Within a week or so of returning home to Dorset from Scotland, the chance of seeing another new species arose when Olly Frampton discovered a couple of Lesser Emperor, a rare migrant to the UK, at nearby Longham Lakes. As it was during the recent heatwave, despite the lateness of the hour and some afternoon cloud cover, I felt it was worth a try after work to see if they were still on the wing.
Sure enough, with the help of son George and the rest of the family who I had lured to Longham with the promise of pizza on the way home, we found one shortly before 8pm. It didn't settle, so I had to make do with a ropey flight shot as it sped past some lakeside reeds. This run of close encounters with rare dragonflies encouraged me to spend a bit more time photographing them on some recent walks in Wareham Forest - great habitat for odonata.
On one tiny pool in the forest I came across three blue male dragonflies each of a different species - the impressive Broad-bodied Chaser, the slightly less chunky Black-tailed Skimmer and the sleek Keeled Skimmer - testament to how fortunate we are to have all this on our doorstep.

'Can I have a quick word, Gordon?' a sports journalist once asked the Scotland football manager Gordon Strachan. 'Velocity' replied Strachan, and terminated the interview. Of course, he could have said 'Swift' a family of fast-flying birds beloved of birders for their aerial acrobatics and screaming calls. The Alpine Swift is a larger, rarer visitor to Dorset compared to our regular Common Swift, and reports of one of this species from southern Europe over the houses near Lodmoor in Weymouth this weekend persuaded me to head down for a look. Photography was always going to be a challenge with a blanket of white cloud covering the area but I fiddled with the exposure, experimented a bit and hoped for the best. Results below: 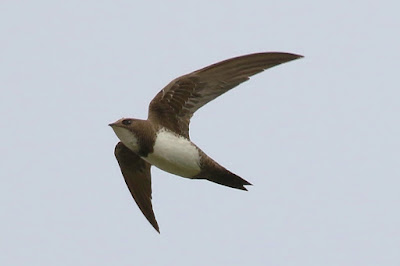 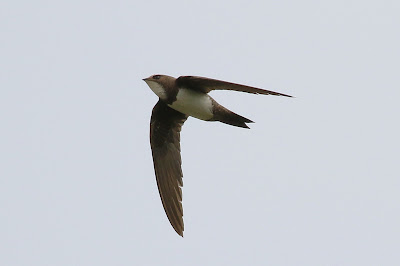 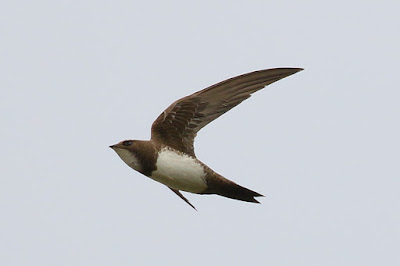 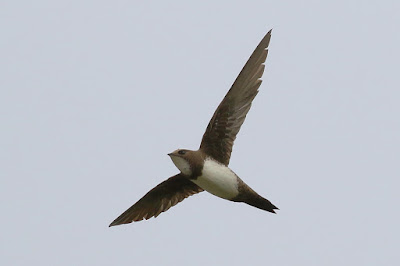 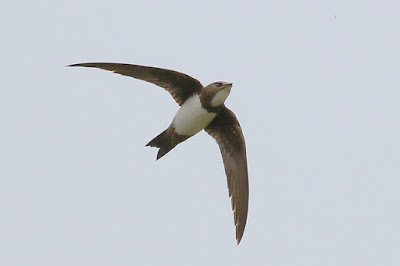 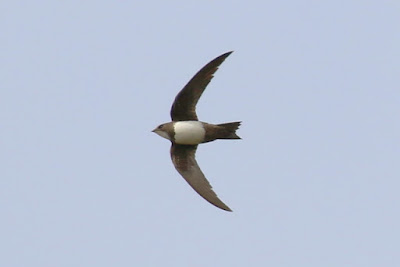 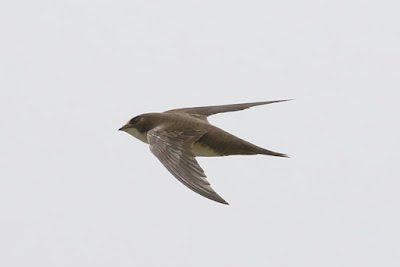 There are few greater pleasures in life for me than photographing waders on a beautiful, empty Scottish beach. Our recent holiday near Gairloch providing a few opportunities to indulge: