After the Gannets, the highlight of my recent visit to Bempton was the very sociable colony of Tree Sparrows which breed around the visitor centre. If you can get a seat on the patio outside the café there you will no doubt find yourself charmed by their nasal calls. The building itself is covered with nest boxes and most seemed to be occupied - breeding success was also obvious by the numbers of young birds around the feeders. Cracking birds, a real shame we don't get more down south. Species #191 on the photo yearlist. 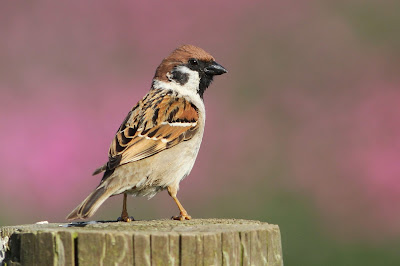 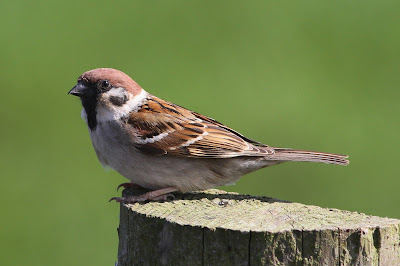 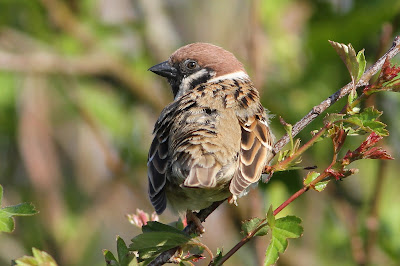 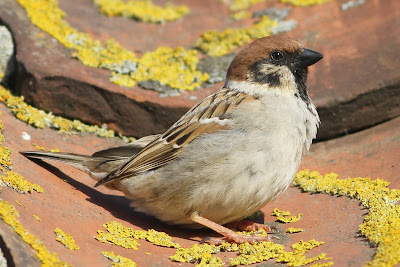 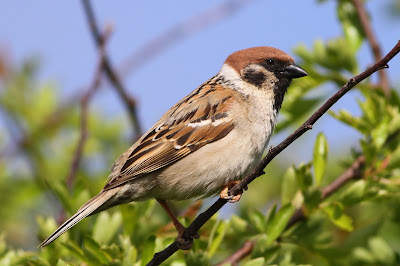 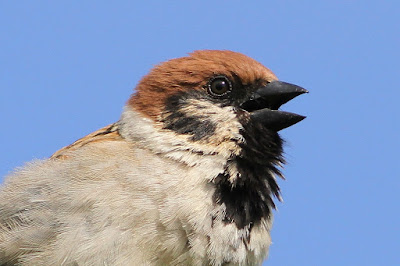 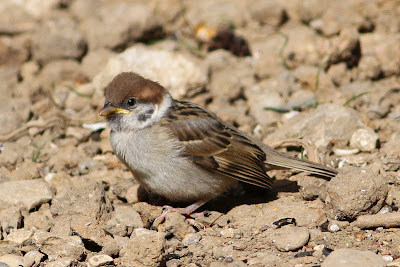 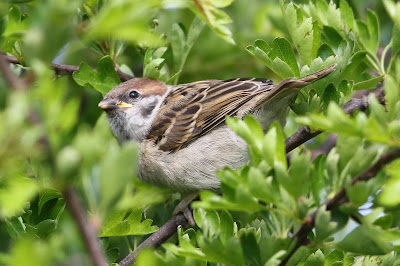 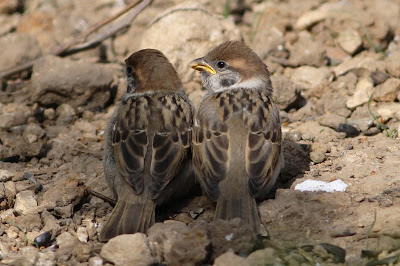 http://petermooreblog.blogspot.co.uk/2015/05/also-at-bempton.html
Posted by Peter Moore at 22:06 No comments:

For some reason I can't think about Monty's Harrier without being reminded of a famously sweary line from Withnail and I. This doesn't happen very often, as they have become a very rare breeding bird in Britain, having started off being not very plentiful in the first place. After an early start from Dorset en route to a Gannet-fest at Bempton cliffs for a couple of days, I was able to call in at another RSPB reserve, Blacktoft Sands, where a pair have set up shop this year.
Records of breeding Monty's are usually kept pretty quiet but once in a while a pair will turn up somewhere like this where they can be kept an eye on and birders can be encouraged to see them there where the risk of disturbance is low rather than go looking for them elsewhere. Keep up to date with the progress of the breeding pair here. Always distant, though the female got up for a stretch and did a circuit which brought her a fair bit closer than the male.
Marsh Harrier and Avocet used to be rare breeders in Britain not so long ago but both have seen an upturn in their fortunes - and both were plentiful at Blacktoft. They weren't getting along too well though as several passing Marsh Harriers experienced the wrath of nervous Avocet parents intent on protecting their newly fledged chicks.
On the way back south I detoured via the Brecks for a day to see another rare breeder which I haven't seen for a few years - Stone Curlew at the Norfolk Wildlife Trust reserve on Weeting Heath. Four adults were present and I glimpsed a couple of fluffy chicks tottering around in the long grass too.
Just around the corner from Weeting Heath is Lakenheath Fen, the third major RSPB reserve on my itinerary. A Little Bittern had been barking there for a week, but chose the day of my arrival to go elsewhere. Frustratingly, it was back again today after a two day absence which coincided with my visit.
Lakenheath used to be a reliable breeding site for Golden Oriole but although a male sang briefly there earlier in the month, they appear to have given up the ghost in recent years. Very sad, but a distant view of a pair of Common Cranes, which returned to the Fen to breed in 2007, made up for the disappointment of not seeing the Little Bittern.

It's not just Gannets at Bempton Cliffs - there are also auks aplenty, gulls and the odd tubenose to look down on. In the nicest possible sense, of course.
﻿
﻿
Posted by Peter Moore at 22:07 No comments:

A few days away

Having spent two nights in a tent last weekend - to say 'sleeping in a tent' would be a bit strong -  I was granted permission for a few days away to indulge in some birding and photography. My original plan was to go to Scotland, but in the end I couldn't find the energy for the long drive, so headed for East Yorkshire and the seabird city of Bempton Cliffs instead. As regular readers will know, I enjoy seeing rare birds, of course, but a seabird colony takes some beating as birding experiences go. Bempton has accessibility going for it as well - no weather dependent or expensive boat rides to worry about. I arrived in late afternoon in perfect light and went back again the next morning. So if you don't like Gannets, look away now. And if you like Puffins, come back later. 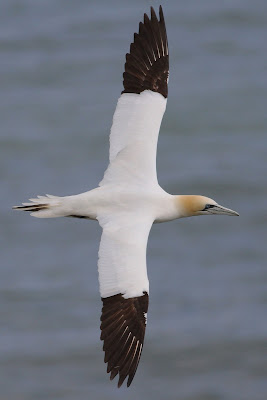