Shetland: part the third, and last

As well as the rarities (see parts one and two), our week on Shetland back in October provided some opportunities to study northern species which we see only infrequently on the south coast of England. Top of the shopping list for me were the winter plumaged Tysties which frequented Lerwick Harbour. These charming birds look good in just about any plumage but I had not had much luck previously photographing them in their winter whites. 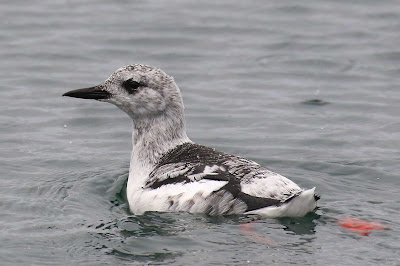 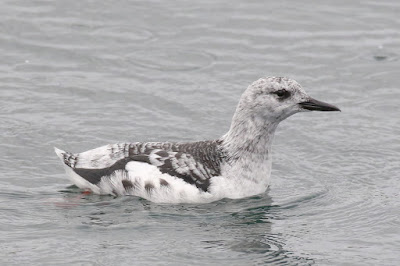 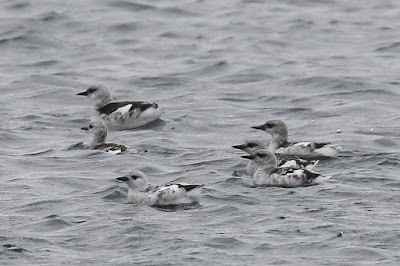 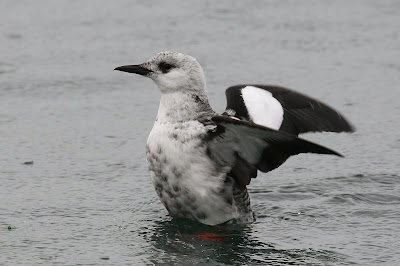 Close behind were the Twite, a bathing flock of which provided some compensation for two unsuccessful yomps through the infinite iris beds of Quendale in search of a reported Lanceolated Warbler. On both occasions we arrived to find no sign of the bird or the finders, reducing the chances of re-finding this mouse-like mega to a shade less than zero. 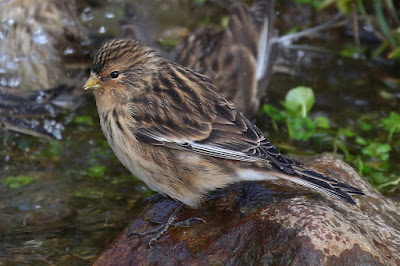 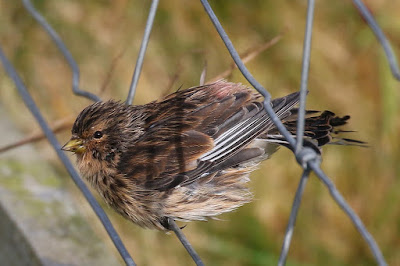 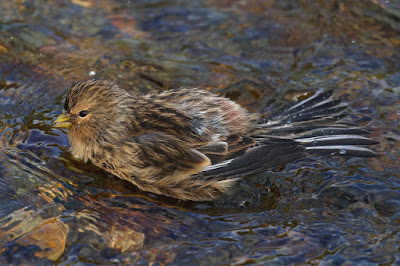 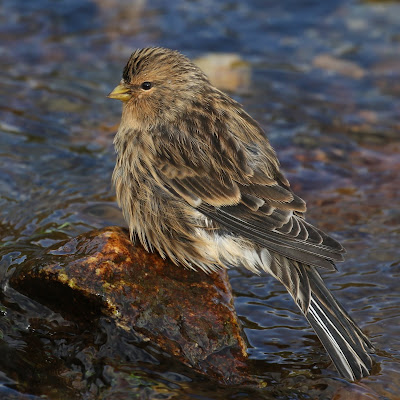 Otters were seen daily for the first few days, while other Shetland staples included Hooded Crow, Whooper Swan, Mealy Redpoll, Kittiwake, Fulmar and the ubiquitous Shetland Wren. The hoped for Killer Whales did not show for us but, unlike last year when the seas were whipped up by constant strong winds, we enjoyed a few calm days this year which gave us at least a chance to look for them. 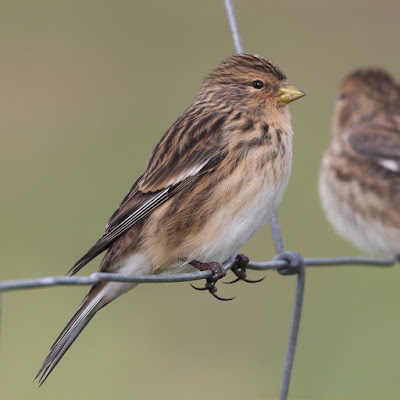 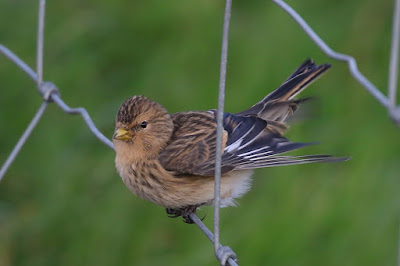 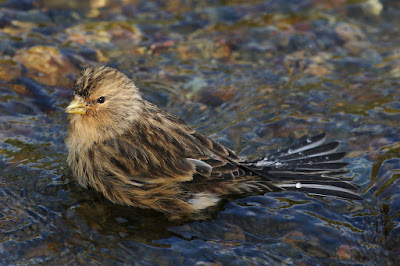 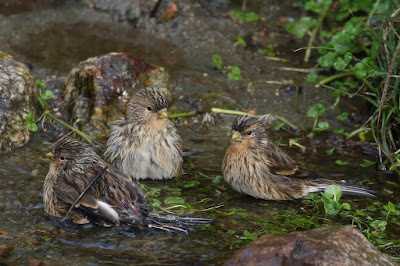 Well that just about wraps it up for Shetland 2018. There were a few disappointments - principally the wild goose chases for the Lanceolated Warbler and a Pechora Pipit on Unst - but these were quickly forgotten when, as my wife said when I recounted the lowlights to her, 'there's always next year'. That's as good as a signed contract allowing me to go again in 2019! 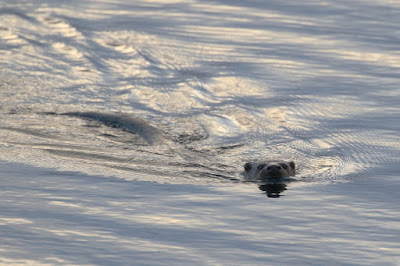 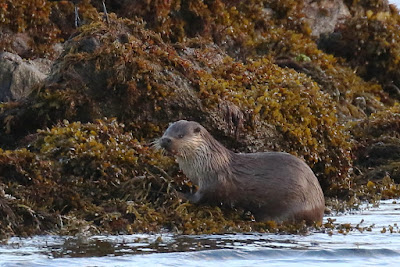 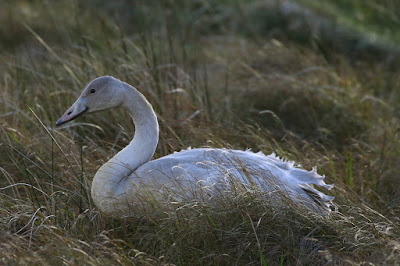 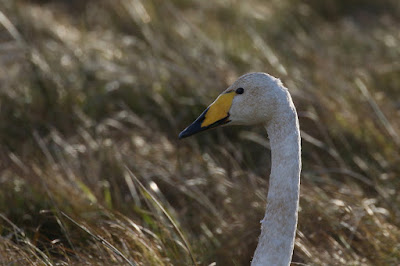 And besides, the few disappointments were eclipsed by the many highlights of the trip: White-winged Scoter, Woodchat Shrike, Rosy Starling, River Warbler, Pied-billed Grebe, Eastern Yellow Wagtail, Citrine Wagtail, Rosefinch, American Golden Plover plus Barred, Marsh and Melodious Warbler were not bad for a week's birding. 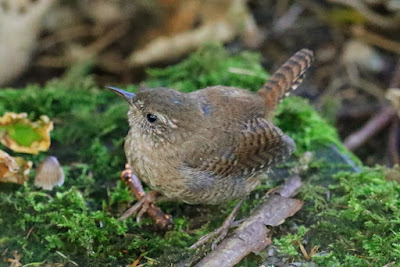 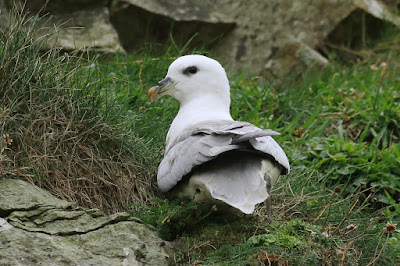 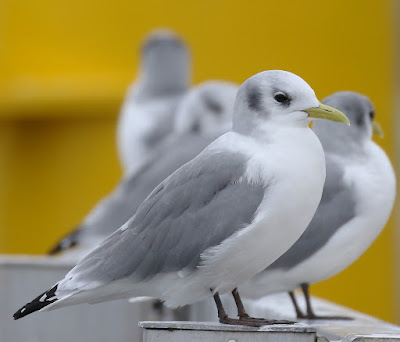 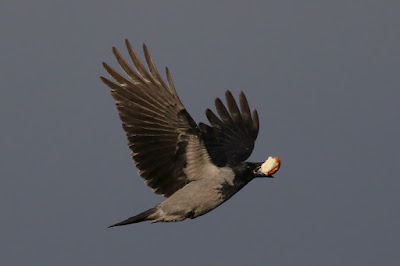 It just remains for me to say many thanks to Bradders Birding Tours for providing another excellent driver for the trip, and the clans Vaughan for releasing Bob and Howard for another northern adventure. Good times in excellent company. 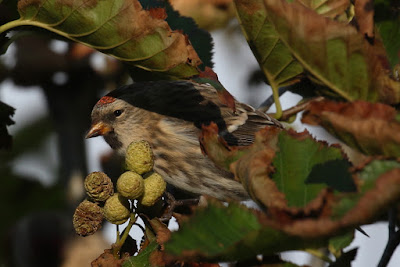 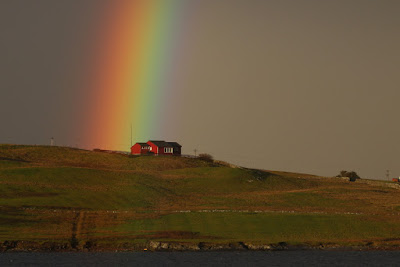 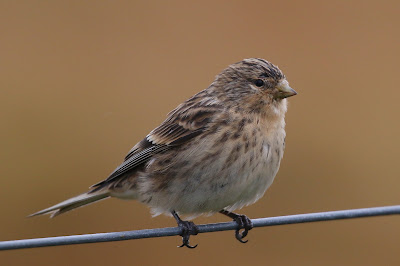 To say there have been complaints about the absence of fresh content in this space would be overstating it. But a few loyal readers have passed comment to this effect, so I have been stung into action by these gluttons for punishment. And where better to resume than with a follow-up to the almost popular Shetland: part the first post.
In this post I will canter through the rarity highlights. The first couple of days had produced very little on this front but the discovery of a River Warbler in a small iris bed on Unst changed things. We arrived at the site to find what would become a familiar Shetland scene that week: sheeting rain and no sign of the sought after bird! Both problems were fleeting though and within a short while we had enjoyed good views of this ultimate skulker as it walked between stands of iris. Returning later in the day in better weather we enjoyed extended views and photo opportunities as it bathed lower down the burn. A summer plumaged American Golden Plover was a bonus on our first visit to Unst, and our only rare wader of the trip.
﻿ During the middle of the week Shetland went wagtail crazy - first turning up a presumed Eastern Yellow Wagtail on Unst (consolation for dipping a Pechora Pipit, the less said about which the better). This was a tick for all of us since the split from common or garden Yellow Wagtail. The monochrome vagrant looked and sounded the part, and turned up at a place, at a time of year and with avian company which suggested an eastern origin, though it remains to be seen whether it passes muster with the rarities committee.
Having made a couple of long-distance excursions to Unst earlier in the week, on the Thursday of our stay we elected for a shorter island hop to Bressay, where a Citrine Wagtail had reportedly been showing well. We couldn't have known just how well: after a careful approach it walked towards us for a remarkably close encounter.
Other minor rarities kept us entertained - a few Barred Warblers, including the one pictured here, found at Busta House Hotel by our own Bradders, a Marsh Warbler at Sumburgh and a Common Rosefinch on a mainland beach. Remarkably, Yellow-browed Warblers were notable by their absence, and we scraped just a handful in contrast to the daily sightings of the previous year.
Not a bumper year by Shetland's high standards, perhaps, but some quality all the same. I can probably wrap up Shetland in just one more post - so come back soon(ish) for the final instalment.
Posted by Peter Moore at 21:32 No comments:

At the turn of last month, David Bradnum, Howard Vaughan, Bob Vaughan and I reprised our 2017 Shetland adventure with a week based on Muckle Roe, in the west of Mainland.
I don't think I could face writing a day-by-day account, let alone subject you poor innocents to it, so I'll try to wrap it up in just a few posts. Not that there weren't many highlights - there were plenty, and we saw a selection of birds that, had they been seen over the course of a week anywhere else in the country would have represented an excellent haul. But by Shetland's high standards it would be a lie to say that it wasn't just a wee bit anti-climactic.
The main culprit for this was westerly winds: an almost constant stream of them preceded our arrival and they remained the dominant influence in the weather throughout our stay, depriving Shetland of the famous easterlies which have delivered so many beasts from the east over previous autumns.
But I'm getting ahead of myself: first we had to get there. This involved me heading over to the east of the country to meet the rest of team who are London/Essex/Kent based. Our planned departure time of mid-morning gave me a couple of hours of daylight to head first to the Thames Estuary to scan for the Beluga Whale located a couple of days before. I failed to find it but it re-appeared an hour after I left - an inauspicious start.
There wasn't too much to divert us on the long road north - a Grey Phalarope at the well-appointed RSPB reserve at Old Moor and a party of Willow Tits on the Northumberland coast were barely a detour from the main drag, and we reached our first overnight stop in Berwick at a sensible hour. The following morning the Lothian coast offered a little more promise, with a Woodchat Shrike and Rose-coloured Starling at Barns Ness, plus a Pectoral Sandpiper and the long-staying American White-Winged Scoter at Musselburgh. We saw them all in beautiful light, the latter being my second encounter of the year with this bird after I caught up with in on a Scottish trip back in March.
A surprisingly calm crossing on MV Hrossey ended in a familiar sight: horizontal rain lashing the rock armour of Lerwick Harbour, though within minutes we had seen our first Otter and only Purple Sandpipers of the trip. Much of the rest of the day was a bit of a wash-out so we checked out our (plush) self-catering accommodation and gave the kettle its first workout of the week.
Undaunted we ventured out again later in the day to the picturesque Lunna Kirk, where we found what we took to be an Icterine Warbler. It was later re-identified as a Melodious - an even rarer bird for Shetland, making it a good if not entirely competent start to our birding week!