A stuttering start to Spring

I said in my last post that I refused to believe it was spring until I had seen my first Wheatear, Sand Martin and Brimstone of the year - well now I've seen all three, and photographed two (the Brimstone was seen from a moving car, photographing it would probably have been frowned upon by my passengers and fellow users of the A351 as I was driving). The Wheatears were trickling in to Portland last weekend, while the Sand Martins were at Lodmoor. More are arriving all the time, and while Good Friday's fine weather provided the opportunity to get out and about to look for them, Storm Katie has put a halt to the fun for now.

OK, nature, you convinced me...

...spring is here. Although it's been colder this past week than most of the winter, the evidence has been mounting. So I headed out on a bright Sunday morning, before parental duty took me to Gillingham for Wareham Rangers' Under 13s final game of the season, determined to see my first Brimstone, or Sand Martin, or Wheatear of the year - three species which I normally have to see to be convinced. In the end I saw none of them, but the direction of travel with the changing season was still evident: breeding plumaged Black-necked Grebes were in Studland Bay, Med Gulls were cooing saucily overhead and Lesser Celandines were flowering on the verges.
After an enjoyable hour on the beach I concluded that the Grebes weren't going to come in any closer so I headed back in the hope of collecting the family and heading off to the footie. This involved much chivvying and ferrying of stuff back and forth to load the car, but, just as we appeared ready to go, somewhere between the house and the car I managed to lose the ignition key. The spare had also gone AWOL, and in the process of searching for it we had left the gate open. At this point Director Fury, the bolder of two guinea pigs (Agent Coulson being the more cautious one) made a bid for freedom and pelted into the perilous world beyond the garden.﻿

﻿Having persuaded a distraught wife and children that this was not a big enough crisis to justify a 999 call, recovered the rodent and located the spare key, we finally headed off. Wareham to Gillingham is about the longest journey we have to make in the Dorset Youth League, and after diverting for road closures, and being taken several miles off course by a dodgy satnav, we ended up missing the first 20 minutes of the match. Luckily, they still had enough players to kick-off, but despite our tardy super-sub of a son coming on at half-time, the boys still lost. We retraced our steps with some insight into how Newcastle fans must feel on the way back from defeat at Southampton. A brief stop in Blandford on the way found the Otters not at home, but a showy Treecreeper, and the discovery of the lost car key inside a child's shoe in the boot (obviously!) made up for that.
Better still, with the Under-13s football season now over, we will at least get our weekends back, and the chance to enjoy the rest of the spring unencumbered by the emotional roller-coaster of sporting drama. For a season's worth of match reports, many penned by yours truly, see here; for a season's worth of what I hope will be lots of lovely wildlife photos, do come back to these pages soon.

A dash of colour

A striking summer plumaged Bar-tailed Godwit has spent several winters in Poole Harbour, standing out among a flock of its congeners like a colour image superimposed on a monochrome movie. They roost on Brownsea Island and feed along Shore Road, but despite several close encounters with the flock at the latter site I have never seen the brick red individual close enough to photograph until recently. The light was somewhere between 'Joey Essex' and 'Donald Trump' (i.e. not very bright) but with some extreme over-exposure and patience I was able to get some reasonable pictures, despite both photographer and bird being battered by a strong easterly wind. A stunning plumage. 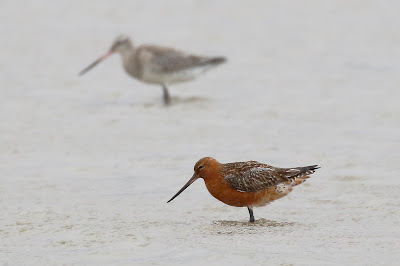 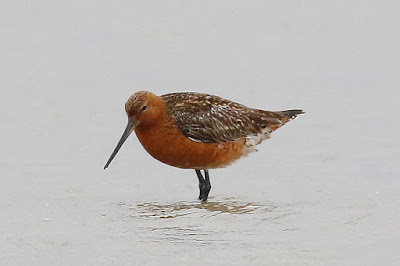 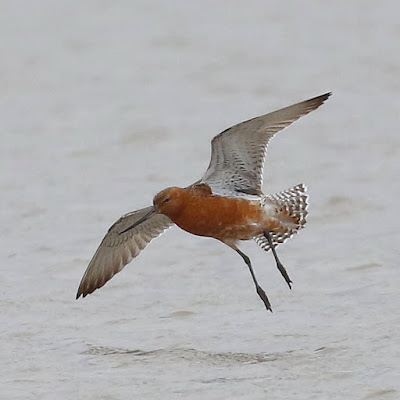 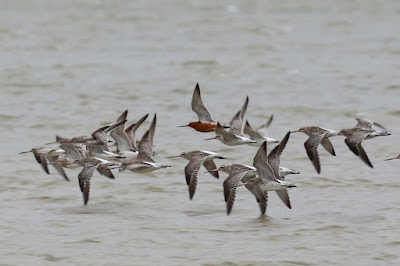 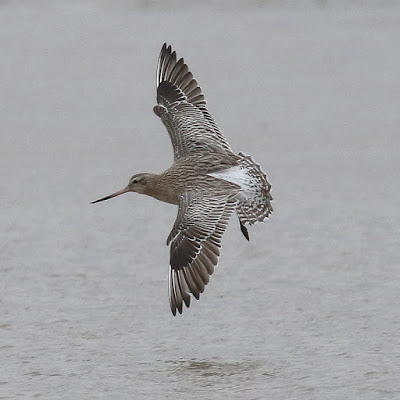 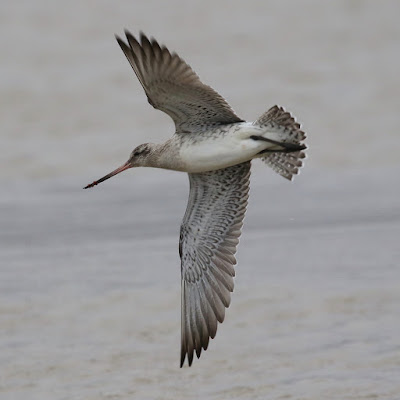 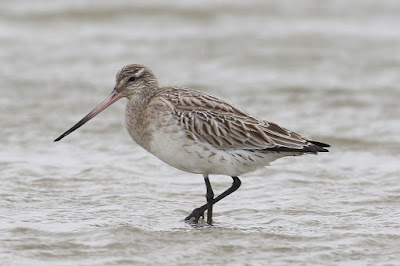 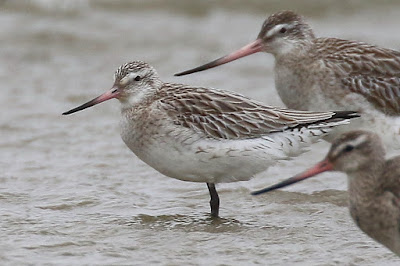 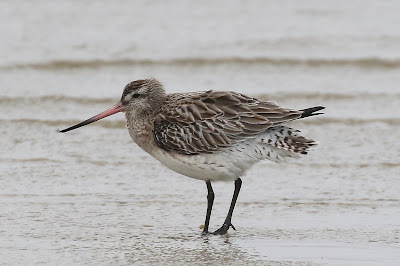 Earlier in the day I had the pleasure of helping out with spotting duties on a Birds of Poole Harbour family birdboat. Most of the families on board had the good sense to stay below decks out of the wind, and I felt I had let down the hardy souls who joined us up top as there wasn't too much to be spotted! That said, we saw some decent birds and got some great close views of species which would generally be seen more distantly from land. Highlights below.