My third attempt to photograph the Bournemouth Night Heron today paid off as it walked into the sunshine at about 10:00 after spending a couple of hours in the shade. I first saw it in near darkness on Tuesday and it was roosting in trees on the far bank of the Stour yesterday, so I was hoping it would come out in the sun today on its favoured island. The bird's finder was also present and after a long wait we decided to walk away and come back 5 minutes later to see if it could be persuaded out of the shadows. This seemed to work and the bird showed very well, but never entirely unobscured, to a small crowd. A pair of Egyptian Geese also gave a flyover (middle picture), a site tick, I'm told, for the Stour Local Nature Reserve. Kingfisher (bottom picture) were also constantly moving up and down the river. 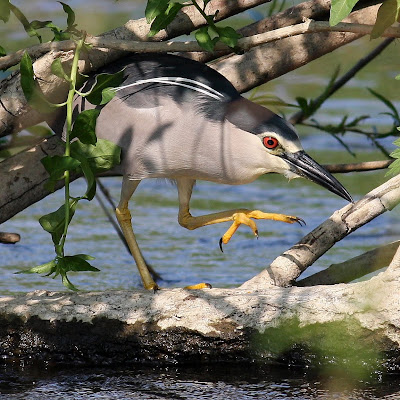 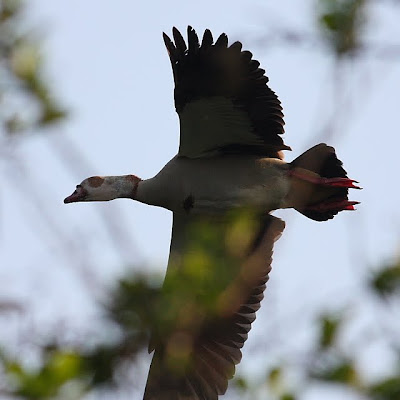 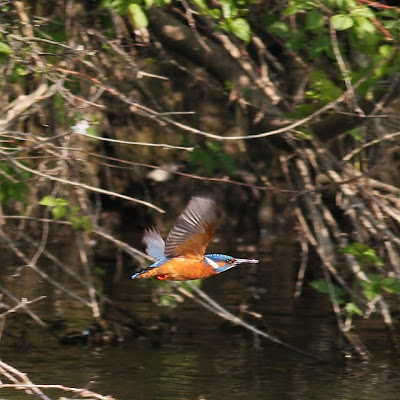